I’m holding a two-hundred-dollar ticket in my hand, which says: “the happiest place on earth”. In the background, I hear how a TV reporter explains about an armed robbery that happened just a few blocks away from my workplace, announces Donald Trump’s budget plan, goes through the ongoing roadworks that have blocked the traffic due to flooding.

Somewhere in my mind, I can still hear the music accompanying the miraculous light parade with all the disney characters and their vehicles you can imagine. The music is getting louder and louder in my head. Ti-tididididiii-didi-diidii-ti-tididididiii-dididi-diii..!

We had a possibility to experience one of the American dreams, Disneyland, and there are a few things I thought I might share about the worlds’ biggest amusement park.

First, practicalities. As a family of four, with kids aged 3 and 6 we needed to buy tickets to everyone, even the youngest child. We did do some research before purchasing the tickets, but ended up buying our two-day tickets online from Disney’s own shop since it seemed the most reliable site, and was the most convenient in terms of working together with the App.

One may occasionally find discounts from big grocery stores such like Costco, or when doing groceries at some of the big shops near Disneyland. The discounts however, seemed to be only a few dollars, and we found it was not worth of loosing a lot of time and energy in hunting them around. Thus, we ended up paying some 750 dollars for two-day access for four people to Disneyland.

We were very lucky and got practical guidance from my husbands cousin (million thanks Melissa!), who is an experienced Disneyland visitor, so we had considered beforehand many questions that, if not thought of, could have made our trip quite challenging.

We stayed at a hotel located perfectly within a walking distance from Disneyland. Since the distances in Disneyland parks are quite huge, and you end up walking several kilometres per day anyway, and we didn’t want to end up spending a lot of time in commuting from the hotel.

We were also advised to familiarize ourselves with the map, the attractions, and entertainment offered by the park(s), and received a thorough list of attractions in each of the ‘lands’. We studied the map and the attractions, and it was very helpful to know beforehand which attractions the kids could go to, which were the most popular ones, and what kind of shows took place, what day, and at what time. Disneyland app was extremely helpful in letting us know about the queue times, fast passes, and locations of restaurants and restrooms.

Second, experiencing the fantasyland. For us, Disneyland turned to be everything it promised. We spend two days in the Disneyland Park, the original part of the land. It was truly impressive to experience attractions made with such an effort. The village was picturesque, characters authentic, rides and attractions so fun and exciting. 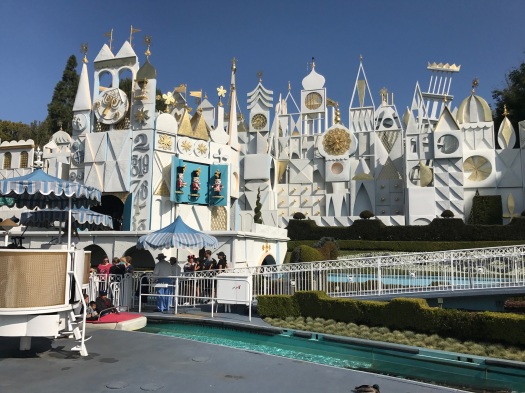 To be able to hug the Mickey Mouse, ride a rollercoaster with Indiana Jones, go on a boat ride around the world, watch the magical electrical parade with all the characters you can imagine, or fly in the hyperspace mountain of the Star Wars was breathtaking, even for an adult.

Our oldest son walked basically whole days from morning ’till evening. For the younger one, we had a stroller. The six-year-old could basically enter all the attractions, which, despite their rough rides were extremely safe. There were also plenty of rides that a three-year-old could take – maybe even more that he could digest! 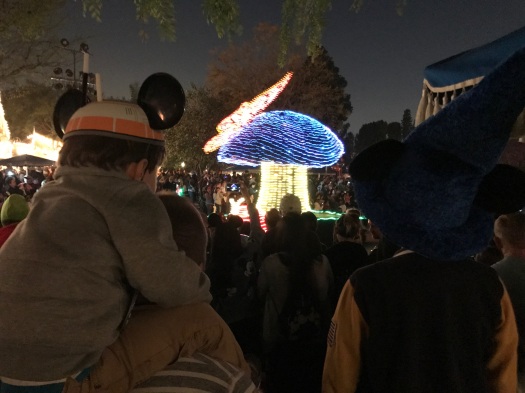 Our weekend trip ended with seeing amazing fireworks on the final night.

If I would characterise Disneyland and my experience with one sentence, I would say: the moment you think you’ve seen it all, comes another slide, another song, another firework.