In this blog post, I am going to address the issue of food security from a perspective that seems to be absent from the dominant discourse on the topic. I will suggest that bringing in the voices of local communities would make the discussion more inclusive and enable considering more diverse solutions to the global challenge of the future of our food.

Food security appears as one of the dominating discourses in global politics. 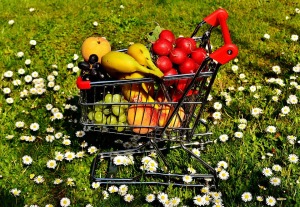 The main question that this discourse asks is: “how to feed the world in 2050?” According to World Food Programme (WFP) “people are considered food secure when they have availability and adequate access at all times to sufficient, safe, nutritious food to maintain a healthy and active life.” The basis of the discourse on food (in)security are statistics used variable by those parties addressing this global challenge. In its essence, introducing the topic of food (in)security most commonly includes at least the following statements:

The discourse on food security paints a picture of the world with the need to considerable increase food production in order to feed millions of malnourished people, who according to this discourse, happen to all live in so called developing, or the third world countries. Pictures of children from Africa, farmers from India, and fields of rice from Asia accompany this discourse.

One of the strongest geopolitical powers, the USA, is taking an active role in both reproducing the discourse and finding solutions to feeding the (third) world.

When looking into the actors who’s voices the discourse on food security echoes, one notices that this talk is dominated by big multinational corporations and the global political and economic institutions such like the UN, state governments, institutions within the EU, and the WHO. Who is absent from this talk are local communities and the grassroots organizations. One may wonder, why is this the case?

One explanation might be that for these actors, food security is not a relevant concept to operate with, but they are participating in another discourse: food sovereignty. Another explanation could be that the field of food security is dominated by powerful actors serving as gatekeepers to the voices to be heard in defining both the problems of and solutions for what has been coined as food security.

Now, statistics often absent from the discussion on food security include at least the following:

These numbers suggest another kind of interpretation when trying to find solutions to the global challenge of food (in)security: one that does not advocate for more production, but looks into how the supply chains, and production and distribution are organized, and who controls these processes. It further suggests that there is a trade off between local and global interests, and that these should be critically examined.

Specifically interesting is the fact that those agricultural states who are producing most of the food in the US, these including for example Texas and Minnesota, are exporting the food they produce. At the same time big cities in both of these states, Minneapolis and Austin, among several other places in the US, are considered as being food insecure.

Many of these groups promote and engage in discourses that address food sovereignty, not food security. According to US food sovereignty alliance, “food sovereignty is the right of peoples to healthy and culturally appropriate food produced through ecologically sound and sustainable methods, and their right to define their own food and agriculture systems.” In other words, these initiatives not only address the question of how to feed the local communities, but are concerned in feeding them in a more sustainable, equitable, just, and culturally sound ways.

Engaging local food organizations in discussing the challenges that the world’s food production faces is important for bringing in the voices currently absent from the discussions. Maybe it’s time that political debates would give more room to the discourses on food sovereignty?